Why Thermal Bridging and Thermal Breaks Matter in Construction 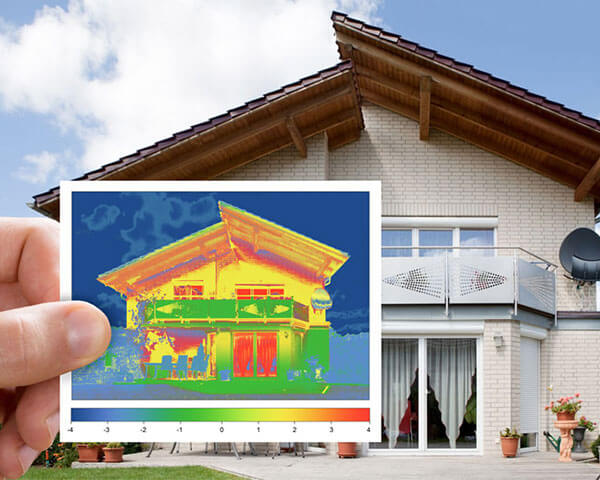 Thermal bridging reduces the overall performance of a home. Thermal breaks are the answer to this problem. Simple in theory, but thermal bridges have been challenging high-performance home builders for decades. It affects HERS ratings. It impacts continuous insulation. It affects sale-ability. It affects home comfort. So it’s a topic worth revisiting.

What is Thermal Bridging?

Thermal bridging occurs when a more conductive (or poorly insulating) material allows an easy pathway for heat flow across a thermal barrier.  A classic example of this is the use of steel studs to bridge an insulated wall. The steel creates a pathway for heat to travel out of the home at a much higher rate than the rest of the wall.  It’s often hidden—the most common is wall studs—but, you must keep it in mind when thinking about heat loss (and the heating bills) at your home.

Areas in the wall assembly can transfer heat quicker than the insulation around it, like studs, plates, headers, and wall posts. In a wood stud wall with R-20 batts, thermal bridging can bring the effective R-value down as low as R-15. If you put an R-20 batt into a steel stud wall, you may only get an effective R-value of approximately R-4. The keyword here is “effective”.  Because building codes are beginning to require effective R-values rather than the number on the package, thermal bridging becomes more important.

But this isn’t about just meeting code; it’s also about energy bills. Energy prices tend to go up, so an investment in using less energy is an investment that pays bigger dividends every year.

Another issue with thermal bridges in insulated walls is moisture accumulation. You can see it inside the house as dark stains that telegraph framing members. It happens on ceilings and in closets where a lot of framing gets mashed together. This is often called ‘ghosting‘ because the moist cool air attracts dust and forms dark lines on the ceiling which ‘ghost’ the joists.

How to Prevent A Thermal Bridge

So, if thermal bridging acts as a pathway for heat to escape the building more rapidly, a thermal break, or thermal barrier, helps block that pathway. Scientifically speaking, it’s an “element of low thermal conductivity placed in an assembly to reduce or prevent the flow of thermal energy between conductive materials.”  For example, insulated glazing is the thermal break for windows. The air or gas between the panes stops the conductive thermal energy from passing through the glass.

In metal and wood-framed buildings, wrapping a building’s envelope with a layer of continuous insulation cuts off thermal bridging. However,  common issues to look out for include discontinuities in the insulation, particularly at junctions and around openings. Insulating materials such as rigid foam should be cut to fit tightly together and sealed with a thermal break tape to further prevent gaps.

There are a number of ways contractors and builders accomplish thermal breaking. Here are some of the most common:

As building codes evolve and homeowners become more savvy, more attention is going to be placed on thermal bridging, at every level.  Whether you’re building a new home to be Zero Energy Ready, or retrofitting an existing building, care should always be taken to minimize and eliminate unnecessary thermal bridging.  If you’re looking for a high-performance adhesive tape to help with your next project, contact us. We love solving tape challenges! Continuous Insulation – What is it and why do we care? How to Choose The Right Flashing Tape 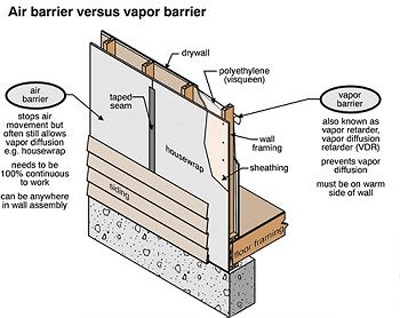 What’s the Difference Between Air Barriers and Vapor Barriers?